It seems that barely a day goes by without a new story on the gap between men’s and women’s pay appearing in the media. With the furore surrounding the differences in pay between male and female presenters at the BBC still raging, today saw the publication of allegations that female staff at Tesco stores are being paid less than men working in Tesco distribution centres. Their claim is one for equal pay but – as with the situation at the BBC – some media reports have appeared to conflate unequal pay with the gender pay gap. With the 4th April 2018 deadline for gender pay gap reporting fast approaching, it is important that employers understand the difference between these two legal concepts, so this blog aims to lay any remaining uncertainty to rest.

The law on equal pay provides that paying a woman less than a man (or vice versa, although this is not very common) for ‘equal work’, is unlawful under the Equality Act (unless the material reason for the difference in pay is not their sex). In very simple terms, equal pay law covers women and men doing work that is the same or broadly similar or that is rated as equivalent under a job evaluation scheme or is found to be of equal value. So, in the case of Tesco, the employees working in the stores (who are mostly female) would argue that their work is of equivalent value to that of employees working in the distribution centres (who are mostly male).

The gender pay gap, on the other hand, is the average difference (i.e. without comparing like with like jobs) between what men and women are paid.

Of course, for employers who are required to report on their gender pay gap, understanding the difference between equal pay and the gender pay gap is just the start. There are actually six different metrics to report on and employers who have already started work on this have reported that the calculations are proving more complex and time-consuming than they could have anticipated. And once employers have done the calculations, they will have to give serious consideration to how best to present them, particularly if they indicate a large gender pay gap.

Indeed, as mentioned above, even though a large gender pay gap does not necessarily indicate unlawful unequal pay, it is still problematic. It is often an indicator of equality issues within the workforce, such as the concentration of women in lower paid occupations, at lower levels of organisations, or in lower paid part-time work, as well as the drop in women’s relative earnings as they age and have families. Most people would say that this is undesirable from an equality point of view and there are also strong arguments that the disparity between male and female pay is bad for the economy and bad for individual businesses.

Telling the most positive story possible

With this in mind, it is worth noting that the national average gender pay gap in the manufacturing sector (based on April 2017 data from the Office for National Statistics) stands at 20.8% and we think it likely that many manufacturing employers will find their own gender pay gap matches or even exceeds this. There is therefore a risk that reporting on the gender pay gap could give the wrong impression about the manufacturing sector, where many companies are in fact working very hard to attract and promote female talent. As we have said previously, producing a narrative report can really help manufacturers to provide some context for their figures. It can also be a means to dispel any negative impressions that a large gender pay gap might create, particularly if it includes details of measures the employer is taking to reduce the gap and improve the diversity of its workforce.

There is still time to attend our seminar series – “Gender Pay Reporting: How to comply”. This seminar will take you step by step through the gender pay reporting requirements. We will explain what you need to do and how best to do it to ensure that your organisation is not only compliant but is also shown in the best possible light. Click here to book your place now.

We also have detailed guidance in the Resources and Knowledge section of the EEF website on how an employer should go about gender pay reporting, and we can of course advise you on the steps you should be taking and what approach you might want to take to any unresolved or difficult issues.

In addition, EEF can support you on a consultancy basis according to your particular needs. For further information, please email [email protected] 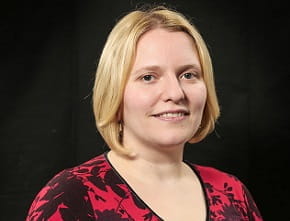