Are shift changes the key to boosting productivity in UK manufacturing?

EEF’s consulting teams in both HR and Business Growth have been receiving a lot of enquiries around shift patterns. Many companies want to change their shift schedule to improve productivity and reduce costs. They’re wondering which changes to make and how to make these changes in a manner than doesn’t break employment law or negatively impact employee morale. In working with companies to tackle productivity, we’ve found there are some best practices to follow when approaching shift changes.

Look for other culprits

When productivity has plateaued, many companies instinctively believe shift changes are the answer. However, no company should move forward with changes before conducting a thorough feasibility study.

The first questions I ask when developing a feasibility study for a company is what is their business case for change? What are their goals? How do they know shift changes are the best solution? Why aren’t you able to meet demand with the resources you have?

"In turns out they had the capacity within the current shift system, but didn’t realise it."

I recently co-led a training course on shift patterns and one of the delegate assignments was to actually go out on the shop floor to see what’s going on rather than relying on data alone. It is a classic principle of Lean to ‘Go, Look and See’. One MD reported that they realised they needed to go back to basics – such as total productive maintenance to reduce unnecessary down time – before moving forward with shift changes.

In another case, I was working with a company that wanted to change shift patterns but were concerned about the impact on employees and the potential for employment law issues. However, in conducting my feasibility study, I took a detailed look at demand and capacity. In turns out they had the capacity within the current shift system, but didn’t realise it.

It was a classic case where they believed to grow and take on more orders they needed another machine or more shifts. However, most machines don’t work at 100% efficiency, so by improving machine efficiency, they were able to meet increased demand without shift changes.

Another commonly overlooked area is looking at material supply. Are workers experiencing downtime during reoccurring material shortages? That’s an obvious productivity drain that sometimes gets misinterpreted as overcapacity on certain shifts.

In another company, we found that different machine operators were working in different manners and took a widely varying amount of time to do the same task. We developed a process map to create more productive standard operating procedures.

A key element in a proper productivity feasibility study is to look at demand cycles and ensuring they match up with shift patterns.

With one company I worked with, they had a 9-5 schedule and paid overtime for weekend work. However, their demand was highest on the weekend, so there was lots of slack time during the week and a lack of capacity when they needed it most. We helped them plot their demand and capacity on graphs to develop a shift pattern that worked better for their demand and advised on which individual contracts would need to be changed.

With another company that wanted to reduce overtime premiums, we found that their seasonal peaks and troughs in demand were not being taken into account in their shift patterns. We helped them move to an annualised hour shift pattern (in consultation with their workforce and in line with employment law).

If it is established that changing shifts if the best way forward, our HR Workforce Planning team has put together a useful blog on how to properly implement shift changes without falling into these five traps.

"At one company, employees in the forum let management know that they would rather work overtime by coming in early for their shift rather than working late."

One of these traps is that if you are moving forward with shift changes, don’t just spring them on employees unexpectedly. I’ve helped companies organise and lead employee forums to explain why the shift change will help individuals and the company as well as solicit their feedback on the best way to go about the changes. At one company, employees in the forum let management know that they would rather work overtime by coming in early for their shift rather than working late. This valuable piece of information helped management make better decisions and employees feel valued and engaged.

In another example, a company was struggling with employee lateness and discovered that traffic on their industrial estate was actually the main culprit. Thus, they decided to simply adjust their shifts to start slightly later in the day to ensure a more predictable and faster commute for employees (and boost productivity).

As manufacturers look to stay Lean and productive as they compete in a post-Brexit trade world, it’s important they understand the best ways to utilise their labour and resources. A shift pattern analysis is an important arrow in their quiver. Get in touch if you would like to discuss how to tackle productivity at your workplace. 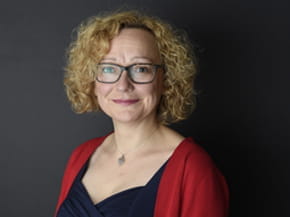