Euratom and Brexit - Why it's not just about nuclear power stations

What has made this a little more complicated is that the Euratom Treaty is a treaty in its own right, although linked to and governed by the same institutions as the European Union Treaties.

Regardless of legal and/or political opinion on this, what is clear that the UK will need a robust approach to civil nuclear operations post-Brexit – including ensuring safeguarding, cooperation agreements with countries in Europe and around the world, and access to nuclear professionals – with regulatory implications going beyond just nuclear power stations.

The Treaty governs the movement of nuclear material, goods, professionals and services across the economy, affecting sectors beyond power, such as medical applications, manufacturing, and treatment of landfill and waste.  For example, it impacts the definitions of radioactive isotopes used in other regulatory regimes, such as in regulating landfill, or scrap metal used in steel making, as well as health and safety regimes in situations where there may be a danger from exposure arising to ionising radiation.  Whilst not all of these will be the highest-profile issues for Brexit negotiations, these are the types of details and implications that will need to be worked through as the Nuclear Safeguards Bill promised in the Queen’s Speech and the UK’s approach to nuclear regulation is developed.

Whatever the outcome is for Euratom negotiations and the UK’s future relationship with the International Atomic Energy Agency (IAEA), the UK will need to ensure it continues to maintain its strong regulatory regime for the civil nuclear industry and access to the necessary nuclear material needed for the civil industry applications. Elsewhere, we would ask for regulatory consistency, as far as possible, with the EU.

As for all parts of the economy facing similar issues, the exit process will need to be as smooth as possible, avoiding a cliff-edge, and working with industry to explore transitional arrangements to allow as much business certainty as possible in these uncertain times. In this regard, Euratom and nuclear regulation is no different from countless other regulatory regimes and bodies manufacturers deal with and are concerned about as Brexit negotiations progress. The way that the Euratom debate plays out could be useful to understand how other regulatory regimes may be handled during and after Brexit negotiations. 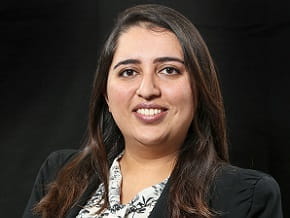