How weak is manufacturing investment in the UK?

1. The UK underperformance is not a financial-crisis story

2. Some of the gap is linked to differences in the asset composition of investment

The differential between the UK and its European partners in terms of manufacturing investment is not all linked to the UK’s underperformance.

Some of the gap, particularly with France and Italy, reflects a lower investment in buildings – something tricky to measure anyway due to differences in real estate valuations and trends.

Another portion reflects differences in services consumption. UK manufacturers are more reliant on transport services, hence a lower investment in transport equipment than their German (0.7pp – or around a quarter of the overall gap) and Italian (0.6pp) competitors.

What about the rest?

3. The gap with France reflects a lower R&D intensity

Although the UK investment rate in intellectual property products (IPP) increased over the past 15 years, the improvement was only marginal and the UK is still lagging behind Germany and France where IPP intensity grew at a more sustained pace in the last decade.

Differences in specialisation between the UK and France do not explain the lower IPP intensity of the UK manufacturing sector. The gap is rather a reflection of the lower R&D intensity of individual subsectors in the UK – on top of these are automotive, electronics and pharma.

4. UK Manufacturers spend less on machines than their Italian and German counterparts

Once differences in the asset composition have been accounted for, UK manufacturers appear to invest considerably less in machines than their German and, to a larger extent, their Italian counterparts.

The gap is rather a reflection of the underperformance of individual industries in the UK, a trend that is uneven across subsectors:

Good news, EEF’s annual Investment Monitor is to be released on Monday next week. It explores in further detail what progress UK industry is making towards investment in automation and new technology and what are the barriers to future investment. 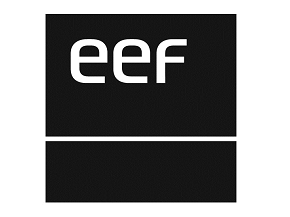