Official: British manufacturing output ranks us 7th in the world

The UN Industrial Development Organisation (UNIDO) publishes an infrequent but authoritative dataset on the leading manufacturing economies based on their share of world manufacturing output.

The last update shows that Britain has maintained our position as the 7th largest manufacturing nation in the world, which is where we were in 2010. 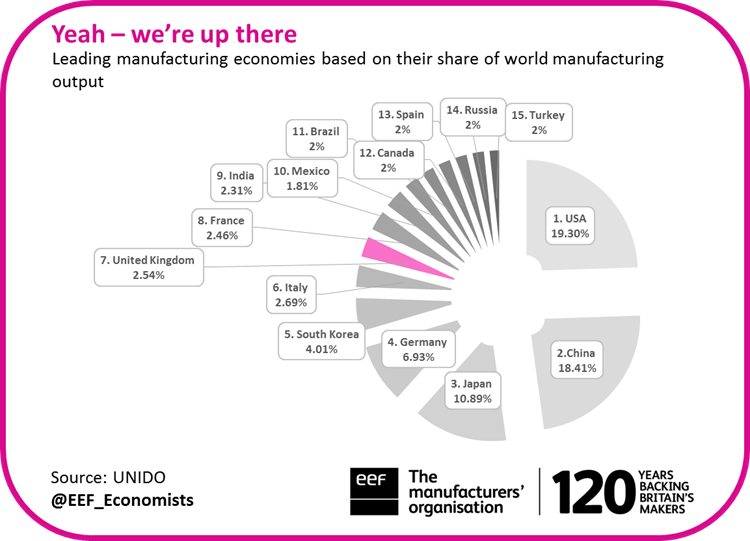 Tweet this: Official: British manufacturing output ranks us 7th in the world http://ctt.ec/cDfzS+

In 2005 we were 6th in the world, but the booming manufacturing powerhouse of South Korea overtook us (and Italy) between 2005 and 2010.

Changes in manufacturing have taken place at a global level. With the liberalisation of trade, the global centres of manufacturing production have shifted with countries increasingly competing on their relative comparative advantages – in the case of manufacturing, primarily unit cost.

What this means is that while manufacturing in the UK declined as a share of total UK output, this mirrors a decline in other countries as well.

The only countries in the UNIDO rankings seeing their share increase in the latest list are China, South Korea, India and Turkey. 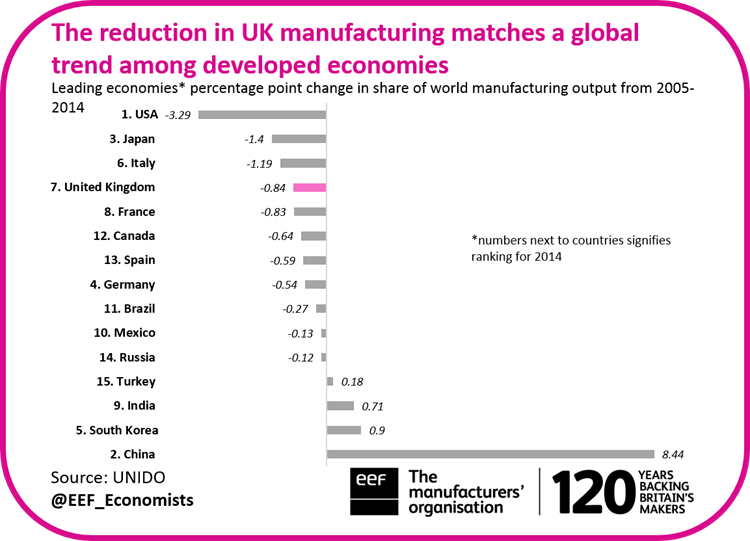 But we’re in for another revolution

The 4th Industrial Revolution (4IR) carries with it the potential to disrupt global manufacturing yet again.

With greater levels of automation, mass customisation, distributed manufacturing (think 3D printing) and other technologies, the formula underlying the relative comparative advantage of countries will once again fundamentally shift. 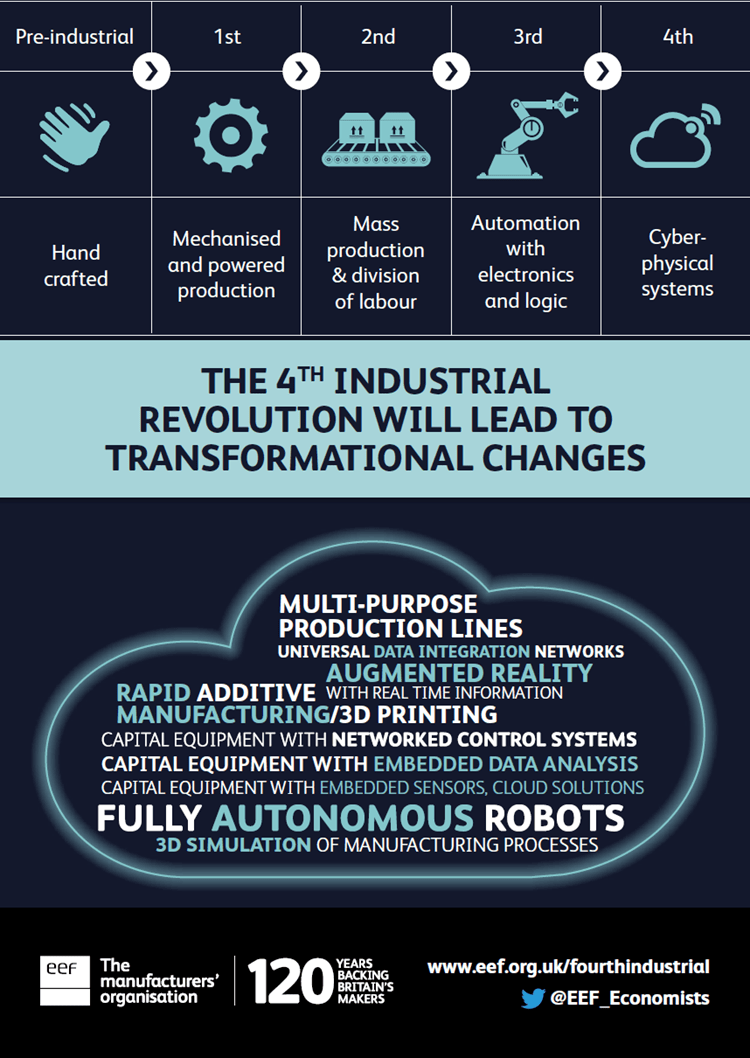 While not a total zero sum game, playing 4IR catch up will be more difficult and costly than keeping pace with our main competitors.

EEF is campaigning for a business environment that will support modern manufacturing now and in the ever changing future to ensure we not only maintain our position in the world rankings – but better it.