What is the 4th Industrial Revolution (4IR)?

This follows on from survey work over the last few months and focus groups conducted across July and August where we got to hear what manufacturers thought in their own words.

Tomorrow, we’ll look at what those words were but today we’ll take a step back and look again at this transformation.

4IR is about connectivity 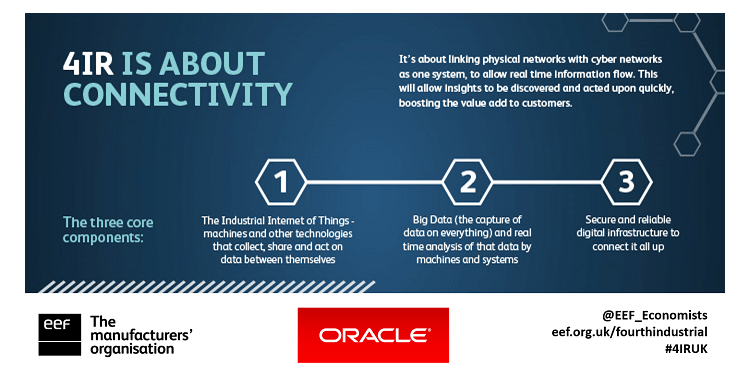 It’s happening all across Europe, and there are many different names It’s useful to consider this in the context of previous revolutions.

Most notably change was bottom up and the major change as part of the revolution was only recognised after the event.

(Click here to view a larger version of the image below). 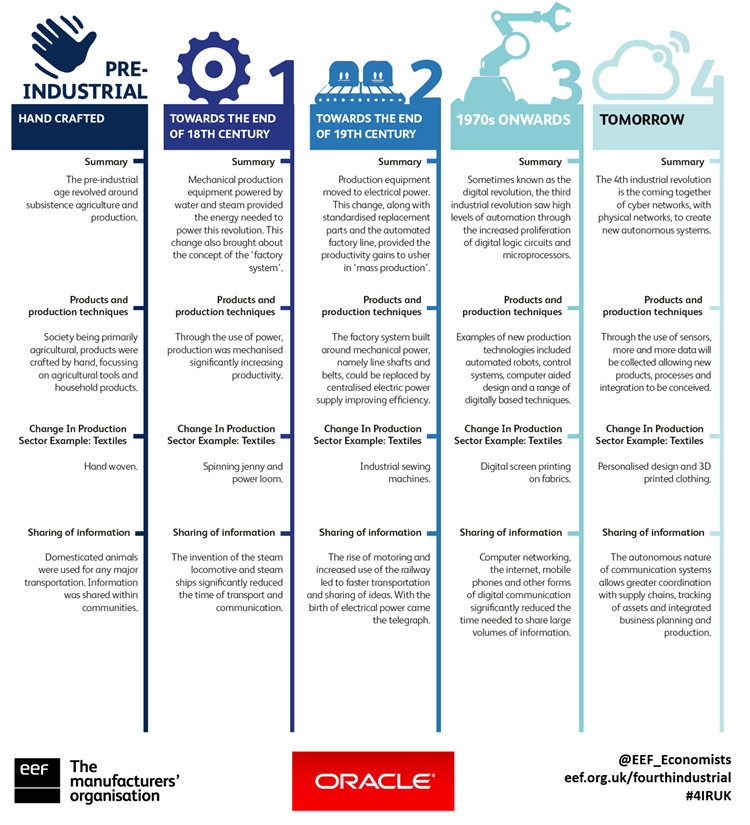 We’ve previously blogged about the risks to 4IR including cyber security and poor digital infrastructure. Later on this year we’ll be setting out the role for government and manufacturers in enabling this revolution to take hold in the UK.