In iForce Ltd v Wood, the Employment Appeal Tribunal considered whether disciplining an employee for refusing to move to a particular workstation because she wrongly believed that it would make her medical condition worse fell within the scope of discrimination arising from a disability.

Ms Wood was a packer working at a fixed workstation in a warehouse. She had osteoarthritis, a disability, which was exacerbated by damp and cold. When working practices were changed so that she would have to ‘follow the work’, moving between benches, she refused to move to one particular bench which was nearest the loading doors, saying it would exacerbate her disability. She believed this workstation was colder, damper and subject to more draughts.  She was, in fact, mistaken about this, as shown by the employer’s extensive tests on temperature, humidity and wind chill factor throughout the warehouse.  Her employer therefore considered her refusal to follow their instruction to work at the workstation near to the doors to be unreasonable and issued her with a final written warning. They downgraded this to a written warning on appeal. Ms Wood brought a claim in the Employment Tribunal, alleging that the warning was unfavourable treatment arising in consequence of her disability. The employment tribunal agreed with her, but her employer appealed.

The EAT allowed the appeal. They considered that, objectively, there must be some connection between the ‘something’ (here, the refusal to work near the loading doors) and the disability in order to establish unfavourable treatment because of something arising from a disability. The employer had established that Ms Wood was mistaken in her belief that working at the workstation near the doors would exacerbate her disability. The employee’s perceived connection is not enough: there must in fact be a connection between the unfavourable treatment and the disability. In addition, there was no evidence that her erroneous belief itself arose in consequence of her disability.

The take away legal point from this case is that, even though the connection between the unfavourable treatment and the ‘something’ can be quite a loose one, there has to actually be a connection in order for the employee to establish discrimination arising from a disability.  This approach appears consistent with the law on reasonable adjustments, which provides that an adjustment for a disabled worker will not be reasonable if it will not actually alleviate the substantial disadvantage that the worker experiences due to their disability, even if the employee believes that it will. This case is also a useful reminder of the benefits of carrying out an objective assessment of a request or situation to help you identify the extent of your obligations.

It can often be difficult for an employer to know how far they must go to assist an employee who has a particular disability.  If you would like to find out more about how to handle employees with underlying medical conditions and tackle the complex legal and practical issues that often arise in such cases, click here to book a place on our National Seminar, 'Managing ill health, tackling absence, promoting wellbeing'. 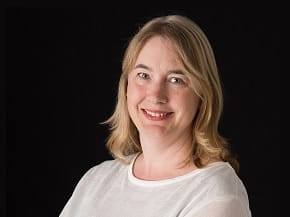