Fashion and textiles joins the race to zero

Christopher Nieper brims with enthusiasm for the race to zero, encouraging all of Britain’s fashion sector including retail and trade bodies to follow his company’s example.  “There’s no time to waste. Britain is home to many of the world’s most respected fashion houses and university fashion courses, so come on Britain, let’s lead the way in the race to zero too!  It is definitely possible to manufacture sustainably, and it’s possible to manufacture here in Britain. We are living proof and we’ve been doing it for 60 years.” 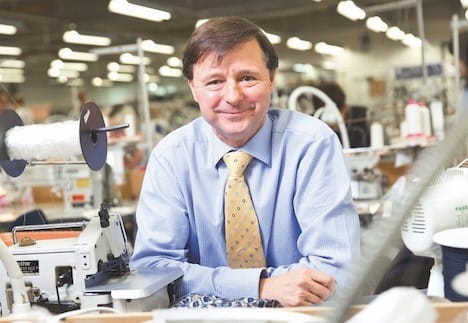 Fashion and textiles are amongst the world’s most polluting industries, contributing an estimated 11.2 billion tonnes² of CO2 per year, more than all international aviation and maritime shipping combined.  The race to zero is an ideal catalyst for our £30billion sector to join the race and lead by example.  And whilst we’re doing it create thousands of new sustainable jobs in fashion manufacturing around the UK.

David Nieper, established in 1961, employs 300 staff at its Derbyshire premises.  Always manufacturing in Britain, it’s never gone offshore, choosing instead to employ and invest in training local talent.  In 2020 they were awarded the Queen’s Award for Sustainable Development, and British Manufacturer of the Year by Make UK.  It has now joined the race to zero pledging to cut emissions to zero by 2030 and is pioneering an initiative to encourage the whole fashion and textiles industry to follow suit. 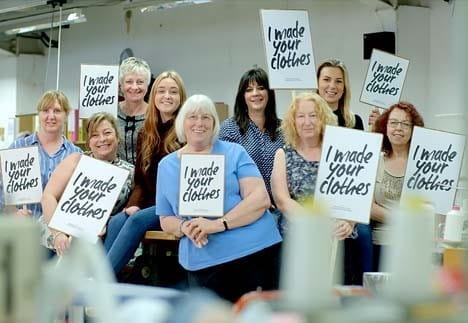 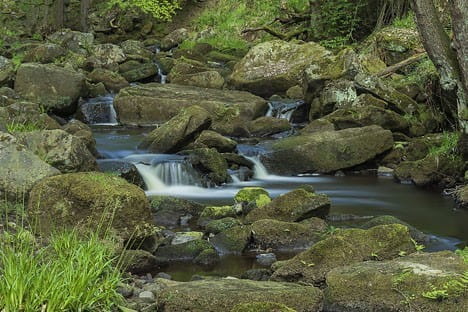 The company operates a ‘just in time’ manufacturing model, whereby garments are made to match anticipated orders rather than hold unnecessary stock. This allows the company to deliver 98.5% of all its customer orders without the need for discounting. There is no overproduction or waste and any spare garments are donated to charity.

David Nieper is pioneering the development of what it hopes will become an industry wide eco-labeling scheme to help inform consumer choice when they make their purchase. In partnership with Warwick University, the company is designing a kite mark, an ‘at a glance’ label which illustrates carbon emissions from the main element of production of any garment.

This will empower consumers. By knowing instantaneously whether a garment is planet friendly or planet damaging they can vote with their credit cards when they decide what to buy, with zero emissions in mind.

Initially, the eco-label will be a voluntary scheme, however it would be possible for government to incentivize its adoption to help achieve its net-zero targets. 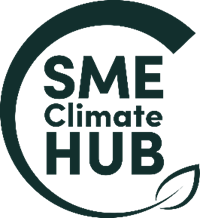