Are more pubs calling it a night?

It will come as little surprise to most that pubs have been closing at a fair rate over the last few years. According to the ONS release, almost a quarter (23%) have closed since 2008. There were some regions that bucked the trend and actually saw growth in the number of pubs between 2011 and 2018, the most notable being West Somerset (13% increase), the Scottish Highlands (14%), East Dunbartonshire (20%) and Hackney (19%).

The data seems to indicate that the reduction in pub numbers is mostly due to the closure of smaller pubs (as defined by number of employees).

This decline in the number of pubs (led by smaller pubs) has not, as one might assume, led to a similar decrease in total turnover of pubs. Since 2008 the total turnover has remained relatively stable, which seems to indicate that the custom that was going to the smaller pubs has migrated to the fewer but larger ones that remain.

So people are spending just as much on drinking in the pub as before, but just spread across less premises? Not exactly.

Home is the best bar none

Time to put a fork in it?

So how have pubs managed to keep turnover up? A likely solution is turning their focus towards food. The ONS suggest that the growth in employees in larger pubs is evidence of this, as these larger pubs need more waiting and kitchen staff than a pub that serves little or no food. When we look at household expenditure on eating out versus drinking out this might explain why pubs would want to ‘go gastro’.

In fifteen years the UK public went from spending just over 2.2% of their expenditure on drinking out to spending just 1.4%. In contrast, the percentage spent on eating out over the same period rose from 2.7% to 3.4%.

A storm brewing for manufacturers?

Will changes in pubs have much effect on food & drink manufacturers?

Well, with much of the food & drink sector’s produce staying in the domestic market, about 59% of produce going to final consumption (rather than moving up the supply chain), and the distilling and brewing of spirits and beer making up almost a fifth of GVA for the sector, the strength of UK public houses could have a noticeable impact on the sub-sector.

For drinks manufacturers it paints an interesting picture. Although the bars and pubs market may be diminishing, sales to off licences and supermarkets may increase in return. The distillers of the UK shouldn’t be too worried by this shift. The Scotch whisky market is less focussed on the pub trade and gin sales have continued to see year-on-year growth. The Food and Drink Federation’s 2018q3 survey also showed positive signs, indicating that, overall, food & drink manufacturers saw growth in domestic sales.

These figures will not abate fears that with small and independent pubs closing, the purchasing power of the larger companies, ‘pubcos’ and chains could increase and put pressure on manufacturers and their pricing. The consolidation of the retail market is already an intimidating prospect for many in the food & drink sector, with the looming shape of a Sainsbury’s and ASDA merger on the horizon.

Much how pubs have morphed and adapted to changing taste, food & drink manufacturers will have to remain innovative and productive in the coming years. 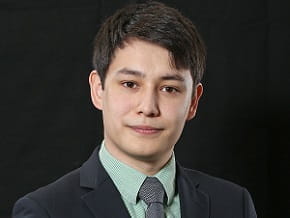