Autumn 2018 Budget - a mixed bag for energy and environment

We’ve had a plenty of talk of environmental ambition from government this year. There’s been the promise of the first new Environment Bill in 20 years, a review of the UK’s climate change ambition and Green Great Britain week. But there was little transformative on this in yesterday’s Budget.

The green bit that did get a mention in Philip Hammond’s speech was predictably the on trend area of plastic waste. Significant but far from the whole story.

Hidden in the budget documents there were more details, including some good bits, but overall it’s a mixed bag, particularly for the energy intensive companies among our members worried that they are paying more for the decarbonisation of electricity supplies than continental competitors. A year has passed since Dieter Helm published his Cost of Energy Review for the government arguing that UK electricity prices are higher than necessary and there is still no official response.

Here are some initial thoughts on key elements:

-          But… removal of the Enhanced Capital Allowances (ECA) and related First Year Tax Credits (FYTC): The bad news is that the new fund will be financed by removal from April 2020 of the tax breaks and credits for energy and water efficient technologies provided by the ECA and FYTC schemes. The government justifies this on the basis that the schemes “add complexity to the tax system and the government believes there are more effective ways to support energy efficiency.” It also argues that the increase in the Annual Investment Allowance under the broader Capital Allowance provisions will mean fewer companies need to use the ECA.

This might be true but we suspect there may still be losers from the change, especially among less energy-intensive firms that may not qualify for the new fund or non-profitable ones that would have received tax credits. The other concern is that the fund is only available for a limited period unlike ECAs which had been around since 2001.

-          Disappointing news on UK carbon price top-up: Energy intensive industries have been becoming increasingly frustrated that the UK top-up to the EU carbon price (known as Carbon Price Support) is stuck at £18/tonne of carbon dioxide even though EU carbon prices have risen considerably over recent months. This is helping to increase already bullish electricity prices and keeping UK prices above EU ones. Treasury officials had appeared to be listening to these concerns so the decision to defer any reductions to 2021/22 will be a disappointment.

-          New ‘no deal’ carbon tax:  Treasury provided more detail on the carbon tax planned as a replacement for the EU Emissions Trading System (which provides the EU carbon price) in a ‘no deal’ Brexit scenario and appears to have heard to some extent concerns about continued protection for energy intensive firms exposed to international competition. However there’s a risk its chosen carbon price for 2019 of £16/tonne of carbon dioxide may be higher than EU ETS prices, putting UK sites at a disadvantage. The methodology used to set future tax levels will be key to ensuring a level playing field with competitors. It is also essential this is an interim solution accompanied by a proper review of long-term solutions and the wider energy and carbon pricing landscape.

-          Plastics and waste: There were two main proposals in this area, to introduce a tax on plastic packaging that isn’t at least 30% recycled and to tighten up rules around the packaging producer responsibility scheme. We will need to see more detail on these proposals before coming to a clear view but would’ve preferred tax cuts to additional taxes and would be concerned about policy developments here being automatically transferred to other types of product without detailed analysis of the implications. 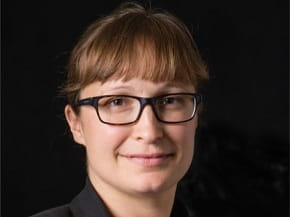