Twelve months on UK manufacturers remain patient for progress in a number of key areas. This blog sets out decisions that are outstanding which must be taken before MPs go off for summer recess. These decisions are needed to ensure progress in putting in place a framework to tackle the UK’s productivity challenge in a strategic and robust way.

Recap: Why an industrial strategy matters

The government is not a passive actor in the economy, through its daily decisions it helps to shape the economy not just through policy but through actions (our Policy Digest sets out more on the role of Government).

An industrial strategy is about making government’s role more transparent, coherent and effective, ensuring a stable framework through which businesses can take decisions with greater certainty, and in the process helping to support the government to meet its own societal objectives.

The industrial strategy white paper set out that objective as boosting productivity and earning power of people right across the UK. This is a worthy aim given the long-running challenges the UK faces with productivity growth since the financial crisis.

But despite this aim there are some urgent decisions which need to take place to move the strategy from worthy to delivery ready, these include on the industrial strategy council, sector deals, local industrial strategy, SME productivity review and the export strategy.

Industrial strategy – what needs to happen before MPs go off for summer recess?

The concept of a Council was not included in the original green paper, but appeared in the white paper last year. We’ve previously blogged about the role an industrial strategy council will play in supporting the strategy, and what it should look like.

It was widely expected that the Chair and terms of reference for the council would be announced in January. Some months later we are still waiting – a decision is needed.

Outlined in the green paper, sector deals were announced as an ‘open door challenge’ for sectors to come forward with proposals that would help them deliver the outcomes (boosting productivity) of the industrial strategy.

But ambition has not matched reality with sectors being given the go around by officials and ministers, told to develop detailed economic appraisals and clear costings with no clarity on process, timescales, which policy areas are in and out of scope, and ultimately when a decision will be made on their deal.

We’ve been warning about the potential for poor project management around sector deals to leave a sour taste in the mouths of sectors developing deals, and with it the knock-on effect of undermining the industrial strategy as a whole.

The unanswered questions around sector deals remain and must be answered before summer recess, including ultimately an answer to ‘what are sector deals for?’

Local industrial strategies were another concept not included in the green paper which ended up in the white paper with little detail around guidance. While Mayoral Combined Authorities will be taking the lead in developing these strategies, not all parts of England have them.

The Government has committed to giving LEPs the responsibility to develop local industrial strategies where more formal governance doesn’t exist, however this should only be seen as a stop gap measure. 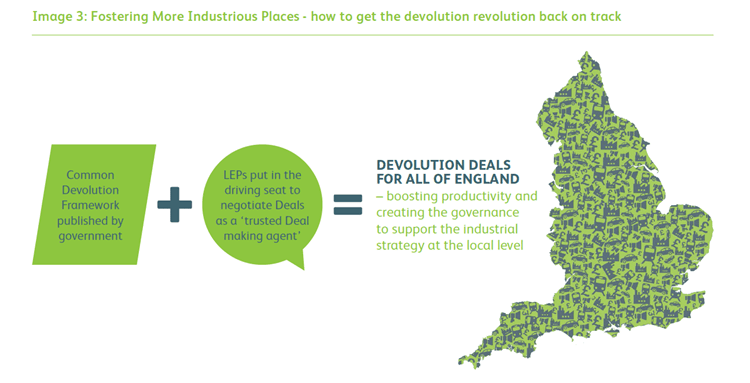 Ultimately all parts of England will need more formal governance in place to effectively deliver a local industrial strategy. We set out what is needed in a paper last year.

To enable that, government must publish the devolution framework setting out what is on offer, and what governance is needed to unlock it, before summer recess.

Export support strategy – get it published

Manufacturers are major exporters, providing over 44% of total UK exports. Getting the sector to export more to newer markets is the best way to rapidly capture market share and value globally. But this needs support from government, so they are right to be developing an export support strategy. 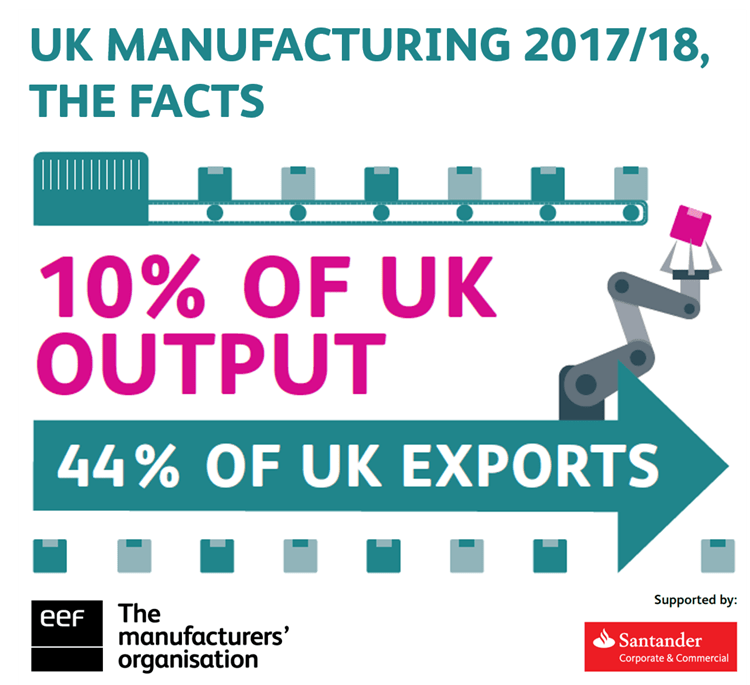 The consultation on this closes tomorrow. But the strategy is too important for there to be a protracted delay before being published – the Government should aim to publish the strategy before summer recess.

The industrial strategy set out that the government will ‘launch a review of the actions that could be most effective in improving the productivity and growth of small and medium-sized businesses’.

Productivity matters, and EEF is undertaking our own work into the productivity performance of the manufacturing sector (you can sign up to join our webinar on productivity here).

It was widely expected that the call for evidence for the government’s review would be published earlier this year, but we are still waiting – this must be published before summer recess.

82% of UK adults agree "a strong manufacturing sector is essential for the UK economy's future growth". An industrial strategy is an important enabler of this ambition. Government must back this ambition and take these key decisions in the coming weeks and months.