Employers offer to employees was not unlawful inducement

Employer's offer to employees was not unlawful inducement

A welcome decision by the Court of Appeal in the long running case of Kostal UK Ltd v Dunkley has clarified the application of the little known s145B of the Trade Union and Labour Relations (Consolidation) Act 1992.

This case concerned events in 2015/16 where Kostal, in a dispute with Unite the Union over changes to terms and conditions, made individual offers of revised terms and conditions to employees. Unite successfully brought 57 employment tribunal claims against Kostal alleging that the offers constituted an unlawful inducement contrary to s145B. That section prohibits an employer from making offers to members of a recognised trade union where the intention is to achieve a “prohibited result”, which is defined as where “the workers’ terms of employment, or any of those terms, will not (or will no longer) be determined by collective agreement negotiated by or on behalf of the union”. The tribunal awarded compensation totalling approximately £420,000. Kostal unsuccessfully appealed to the Employment Appeal Tribunal in November 2017.

This case was troubling for a number of reasons:

The case seemed to give a trade union a veto in circumstances where an impasse has been reached in pay negotiations. The traditional way to break the deadlock has often been to offer the pay award to individual employees. This case also seemed to widen the application of s145B and, with a specific penalty of £3,800 per employee, restrict the ability of employers to resolve disputes.

The widening of the application of s145B

S145B was introduced by the Employment Act 2004 partly in response to a ruling by the European Court of Human Rights in Wilson v United Kingdom which concerned the ability of employers in the UK to offer inducements (pay) to employees in order to opt out of collective bargaining altogether. This practice was held to be an infringement of Article 11 of the European Convention of Human Rights on freedom of association and trade union membership. The mischief addressed by s145B was the deliberate and conscious intention of an employer to either prevent union recognition or remove it entirely. This can be seen in the words in the section “will not or will no longer” be determined by collective bargaining.

Restricting employers’ ability to make even minor changes to terms and conditions?

The approach of Trade Unions

The Kostal case has been used to threaten employers in a number of situations where the employer has gone ahead with implementing pay increases. Although the use of this in collective bargaining is a point of leverage, it has created mistrust and suspicion between unions and employers where it did not exist before. A number of claims have been lodged in situations where it is clear s145B was never meant to apply. The severe financial penalty involved also makes this approach highly contentious.

The Court of Appeal has now limited the application of s145B to two cases:

The Court of Appeal rejected the assertion that s145B applied to a third case when the employer makes an offer in circumstances where the purpose is merely to ensure that one or more of the terms of employment will not, on this one occasion, be determined by collective agreement.

This is a welcome return to the common sense of employee relations and the freedom of employers to implement changes to terms and conditions necessary for the effective running of the business. Unite have stated their intention to apply for leave to appeal to the Supreme Court but the Court of Appeal has set out a welcome return to normality for employee relations professionals. 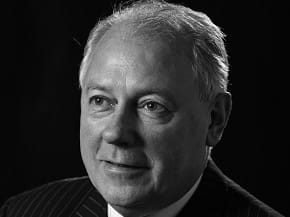