Engineering an increase in professionals pay

This yearly benchmark of engineering and managerial roles in manufacturing gives job by job analysis on basic and total pay, both on a national and regional basis.  In the 2018-19 report there is data from 235 companies covering 7,456 employees.

What’s happening in the regions and sub sectors?

In the battle of the regions it’s the South East that comes out top for the third year in a row2, with basic median pay of £44,600.  However it’s the East of England that has seen the greatest rise in pay year-on-year, up 5% on 2017.  At the other end of the table with median basic pay of £36,651, is the South West, but on a positive note this region has seen a 2% increase in pay.

With a 4% rise from 2017 to 2018, Metals saw the greatest increase in basic median pay out of all the sectors.  In spite of this the sector that continues to lead the way on overall basic pay rates is Rubber, Plastics and Chemicals3, with median pay at £45,976 for 2018.

In addition to pay rates the Professionals’ Benchmark also outlines bonuses per job, looking at the percentage of employees in receipt of a bonus, the amounts paid and the proportion of basic salary the bonuses represent. Nearly half of all the employees in this year’s survey received a bonus and payments averaged £3,727 per employee.  The role that received the biggest median bonus for 2018, was Head of Sales.  In fact employees in the Sales & Marketing function earned the highest bonuses of all the departments, averaging £6,923.

Who is benefitting from what?

Of the nine benefits analysed in this report, it is clear that the top benefit remains Life Assurance, with virtually all employees (94%) receiving this benefit.  Very few professionals covered by this survey are still provided with a defined benefit pension, with the vast majority part of a defined contribution scheme.

Finally, it is interesting to note that more than two-fifths of employees are entitled to service related holidays as one of their benefits.

Click here to find out how you can get hold of a copy of this report.  Or to get in touch with the Research team to find out more about these results, or the other two benchmarks in the series, (the Workforce and Directors’ Pay Benchmarks) e-mail: [email protected]

1 All pay data is based on matched sampling

3 Note this sector has a relatively small sample 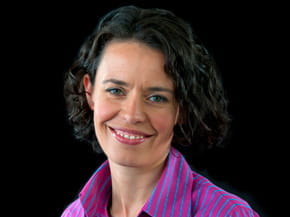