Throughout the pandemic manufacturing businesses have led the way by remaining open and operational through implementing the highest Covid safety standards. However, the ‘pingdemic’ has left many manufacturers battling an additional crisis, with some forced to shut down parts of their production after up to a third of their workers were forced into self-isolation.

Make UK’s survey of manufacturers in July found that:

On the back of compelling evidence from across the manufacturing sector, Make UK called for the end of self-isolation for fully vaccinated workers to be brought forward from 16 August, free lateral flow tests and Statutory Sick Pay to be offered from day one.

Make UK held calls and virtual meetings with Cabinet Office officials to provide details of the latest impact and issues across manufacturing.

Making the voice of manufacturing heard in the media

Make UK secured extensive coverage in national and local press and broadcast media, as we kept the pressure on Government to take a more pragmatic approach towards manufacturing.

The Delta variant of coronavirus is wreaking havoc on industry, with more than 700 workers at the UK's largest car factory self-isolating and business groups warning that some companies are missing 20 per cent of their staff. Stephen Phipson, chief executive of Make UK, which represents UK manufacturers, said that the "need to isolate, even without symptoms, is now a serious issue and impacting on production".

Stephen Phipson, chief executive of manufacturers' trade body Make UK, said: "This problem has escalated significantly over the last week, with not just an impact on production but shipments of goods going overseas. This is a serious issue affecting companies of all sizes and sectors."

While Coppa Club has been able to hire extra staff 200 over the past two weeks not all businesses have been able to adapt. Last week, a survey from Make UK, which represents manufacturers, found that 13 per cent of companies had been forced to stop some production. Almost a quarter said that up to 10 per cent of staff were isolating. "The impact on manufacturing continues to increase rapidly and there remains an inconsistency of government policy that allows non-vaccinated people into nightclubs, while those who have had both jabs are asked to isolate," said Stephen Phipson, Make UK's chief.

Make UK contributed to the Government softening its approach to self-isolation. Through the introduction of exemptions, we have seen companies notify their relevant government departments of critical staff that can continue working through a test regime instead of isolation.

Make UK continues to call on Government to: 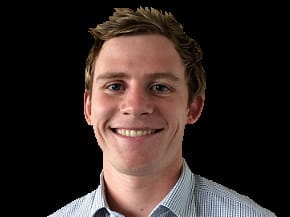