Two months in, what is the impact of Section 232?

When the tariffs were first announced in February, we feared the worst. With the industry in a still fragile recovery after the difficulties of 2015/16, our industry was going to be hit by another crisis caused by external factors beyond our control. These fears were not unfounded, £360 million/350,000 tonnes of steel was imported into the US from the UK in 2017, equal to 7-8% of UK exports in terms of volume and 10% in terms of value.

The immediate impact of tariffs does not appear so far to have been as detrimental on UK producers as at first feared for a number of reasons. Firstly, many UK steel producers have longstanding relationships with their customers in the USA; with uncertainty around the longevity of the tariffs, US manufacturers have prioritised these relationships and the benefits that flow from them, over price. Secondly, steel prices in the US have gone up significantly; for example Hot Rolled Coil is up 35% since the start of the year hitting decade highs of over $900, with such increases foreign producers are better able to absorb some or all of the tariffs. Finally, larger UK companies have also started looking at opportunities in other markets to mitigate the impact of reduced US exports in the future.  Ultimately, UK Producers know that the impacts may take some time to come. US steel producers will take some time to bring  mothballed capacity back on line (although Trump’s followers on Twitter have read that “plants are opening all over the US”) and American steel consumers will take time to find alternative suppliers when or if they decide to do so.

However, of immediate concern to the industry across the EU has been that steel otherwise destined for the US, potentially some 13 million tonnes of it, will be diverted to Europe. The EU after all is the largest open steel market in the world and as such would be a prime target for trade diversion. Eurofer recorded a 10% increase in the first quarter of 2018, over and above the record highs seen in the same period in 2017. The UK has seen increased imports for some products, most clearly rebar with imports surging almost 50% in Q1.

EU safeguard measures are anticipated to ease the impact on UK producers; with provisional measures in place since the mid-July we may now have to wait until the end of the year to see what definitive measures will ultimately be introduced. Of concern for UK producers at that point will be whether EU-negotiated measures will apply to UK companies’ post-Brexit.

Impact on our US customers

The Department of Commerce report that led to the tariffs was based on the finding that current levels of steel imports into the US posed a threat to its national security. However, only 3% of steel in the US is used for defence so it is widely understood that the real motivation for the tariffs is a desire from the President for economic safeguard measures to help US steel producers. Are they helping? The picture is mixed.

For some companies, AK Holdings, Nucor and U. S. Steel to name a few, there has undoubtedly been an increase in profits. As noted above, US prices have increased significantly this year which has had a direct impact on profits. Just as important, the tariffs have had a noticeable impact on steel exports to the US, with June import figures from those countries impacted by the tariffs down 36% year on year. This has increased demand for US made steel, and sent capacity utilisation figures up to 78%, close to the 80% President Trump was aiming for. Clearly US Steel producers are benefitting from the tariffs. However, it is not good news for all US steel companies. Many of the steel products imported to the US are for further manufacturing by US steel companies, in these cases it is difficult to see any benefit to the tariffs. Moreover, with 58% of all US steel exports sent to Canada, the retaliatory tariffs have started to hit exporting producers quickly.

For US customers seeking product exemptions, the picture is particularly bleak. As covered in-depth by the New York Times recently, some US manufacturers who are feeling the brunt of the tariffs are pointing out the close relationship between the Trump administration and the big US steel companies that are benefitting most from the tariffs. There have been over 20,000 exemption applications and the Department, buckling under the chaos of the system, is automatically disregarding any application that raises an objection. A further criticism from those applying for exemptions is that these objections are often based on misleading information. A number of Republicans, as well as Democrats, have warned President Trump that his trade policy is misguided and will harm businesses. Time will tell if he decides to listen to these warning voices.

We are yet to see the full impact of the tariffs and its ultimate magnitude will depend on how long the tariffs remain in place. The impact on UK producers has so far thankfully been smaller than hoped, but with exports to the US declining across the board we will undoubtedly start to see the tariffs hitting home in the months ahead. Members wishing to share their experiences of 232 tariffs should contact Grace. 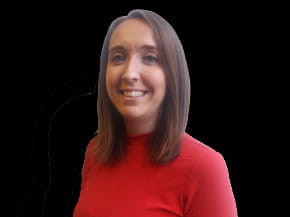