Investment in 4IR technologies is vital to achieving a step change in UK manufacturing productivity given performance has flat-lined in the decade since the financial crisis.

Manufacturers are becoming more fluent in their understanding of the 4th industrial revolution with two-thirds now familiar, compared to 42% in 2016

This progress is also highlighted by the fact 43% of companies have moved beyond the initial ‘conception’ phase examining how 4IR may help and what others are doing, to the ‘evolution’ phase where current business practice is optimised with new technologies.

The survey also shows the move to a more advanced form of 4IR investment is seeing significant benefits being expected or realised by companies in terms of improved labour efficiency (35%), improved machine utilisation rates (34%) and increased production flexibility (32%).

But, there’s always a but…

However, the fact card also shows the majority (57%) of manufacturers are yet to make investments and only one in four companies see the UK as being in a 4IR leadership position.

While there has been some progress and more companies are both aware of and investing in 4IR, it is clear that we are still some way off a majority engaged in adoption. The reasons for this patchy uptake depend on where firms are on their 4IR journey, but include a spectrum of challenges.

In particular, the lack of skills within business for implementation tops the list for 88% of companies, although breaking down by phase, for those doing nothing on 4IR the biggest barrier is not understanding how technologies can help the business.

Of those investing the most in 4IR, skills becomes less of an issue as the biggest barrier is data compatibility between systems (42%).

So what can be done?

Policy makers can’t be timid, as a separate survey of the public shows only 26%* say we shouldn’t adopt new technology if it means jobs will be lost.

There has been some positive progress in recent months in areas such as delivering the full fibre digital infrastructure that 4IR will depend on but progress is still desperately needed. In particular, government should:

What are you investing in?

We want to hear your stories of 4IR investment. Share your experiences more widely and help manufacturers like you by emailing [email protected] to tell us your story.

Want to watch all about this?

* The separate survey of the public for EEF relates to statistics from YouGov Plc. Total sample size was 2052 adults. Fieldwork was undertaken between 22nd - 25th June 2018. The survey was carried out online. The figures have been weighted and are representative of all GB adults (aged 18+). 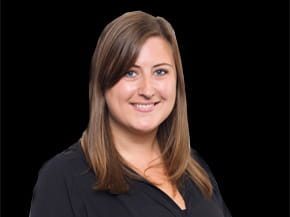