Zero Tariffs in a No Deal Situation-what does this mean?

As a member of the EU the UK benefited from free movement of goods and is not, therefore, subject to any tariffs when moving goods within the EU. The UK also benefited from all Free Trade Agreements negotiated by the EU with third party countries (such as Canada) and the individual tariff arrangements which had been negotiated.

Last month the Government set out its tariff policy for a no deal Brexit. In the event of a no deal Brexit there would be no agreement with the EU on tariffs so it would be for the British Government to set our own rates. Business would immediately have to operate on those new terms without any time to prepare or transition.

The Government proposed an emergency tariff policy which effectively exempted 87% of the total value of imported products to the UK. Under this temporary scheme 87% of imports by value would be eligible for zero-tariff access compared to the 80% of imports which are already tariff free. This emergency plan represented a significant liberalisation of UK trade barriers – albeit with some significant impacts for the manufacturing sector which we discuss below.

These new tariffs would only take effect in a no deal Brexit. However they would have an immediate and significant impact on business so it is important to understand what the regime would mean for you.

The policy was designed to maintain lower prices for UK consumers – keeping the cost of living unchanged as far as possible for everyday families. However, a comprehensive analysis by the Institute for Fiscal Studies estimated that complete abolition of all tariffs would at best only reduce average prices faced by households by about 0.7–1.2%. In other words abolishing the majority of tariffs will not necessarily help British consumers or British businesses and would make it easier for foreign goods to undercut ours.

How would this tariff regime affect manufacturers?

By Make UK’s calculations under this proposed schedule £63bn worth of imports will attract tariffs: £46bn from the EU and £17bn from outside the EU.

Whilst this is a small proportion (7%) of our total imports, the costs will still need to be met by industry.

This proposed emergency regime is designed to cushion the immediate impact of a no deal Brexit. In the period immediately post Brexit importers purchasing products from the EU would see little change in their import tariffs – although there would be considerable increased costs in customs and regulatory bureaucracy.

Reductions in tariffs would impact on non-EU imports too – with UK manufacturers experiencing some savings on their imports.

For some manufacturers sourcing raw materials for their supply chain from overseas, this could reduce their overall tariff costs, as a previously imported duty-added product will come in duty free after Brexit, making it a cheaper prospect.

Make UK’s snap Brexit survey (February 2019) suggested, however, that any potential gains in consumer prices from 0% tariffs would be offset by the increased costs of customs and regulatory bureaucracy in the event of a no deal Brexit. 64% of respondents in our survey said no deal would mean price increases on products – with none of our sample saying they would be able to cut prices post a no deal Brexit.

At the moment tariffs and regulations on foreign imports leave UK products more price competitive. Home-grown manufacturing industries which are currently protected by these tariffs and regulations, would face significantly increased competition. Without tariff and non-tariff barriers, foreign goods could flood the UK market with cheaper alternatives which could wipe out some home-grown UK industries in the manufacturing sector.

For some highly sensitive products, particularly in the agriculture sector the Government is proposing a Tariff Rate Quota (TRQ) system to restrict the inflow of the low/no duty products to a limited amount and the rest of those goods coming into the UK will face a higher duty. Countries are allocated certain quota amounts they can send to the UK in each calendar year – it’s a complex and competitive process, and setting up these TRQs will be a task in itself, let alone administering them in the longer term.

What are Make UK’s concerns?

The big concern for British business is it was promised HMG would negotiate trade deals after Brexit.

The UK would effectively have eaten into the negotiating room it could offer those countries by dropping tariffs to zero, rather than trading our tariffs off in a negotiation and getting a reciprocal concession in return from the other side

The Government has said the measures would be "strictly temporary" and that its priority would be to enter into discussions urgently with the European Commission and the Irish government to jointly agree long-term measures to avoid a hard border.

This does not deliver certainty for manufacturers. This plan would mean more uncertainty for another year (at least) and further regulatory and tariff changes thereafter.

We are concerned that these procedures would (all going according to the Government’s plan) only last for one year: this would be unrealistic and unsustainable.

It would require the Government to strike a deal on customs and regulations with the EU in less than a year to ensure an open border in Ireland. However, we have all seen that after two years of already trying, the Government has not been able to successfully negotiate and pass such an arrangement (the backstop).

We are concerned that:

In other countries where there’ is an economic shock to industry a structural adjustment package is introduced to help to adjust to such a significant change.

The decision to not levy tariffs at the NI border could affectively flood the UK market with cheap imports including sectors that the Government is trying to protect eg agrifood and ceramics. EU and other producers will be incentivised to export their goods to Ireland from where they can be transported, tariff free, to Northern Ireland and then moved to Great Britain.

What is the Government’s plan to manage this situation?

This is being billed as an emergency measure

What is the Government going to do in the 12 month period to create a robust tariff policy for the UK and how would business be consulted?

So what’s next?
These new tariffs would only take effect in a no deal Brexit. However they would have an immediate and significant impact on business so it is important to understand what the regime would mean for you.

We highly recommend manufacturers assess whether there would be a change to the tariff applied to any of the products imported and assess how significant the impact would be. The new tariffs can be found here and a comparison can be undertaken using Make UK’s Brexit toolkit.

The new tariff policy is designed to be a temporary measure for 12 months – Make UK is questioning whether that timeframe is long enough to have a thorough consultation with all industries to assess the impact and to judge what the most appropriate tariff level should be for each.

If you are a manufacturer that is likely to be affected (positively or negatively) by any changes the proposed tariff policy would bring, we would love to hear from you, to take your experience directly to Government. Please do get in touch via [email protected] 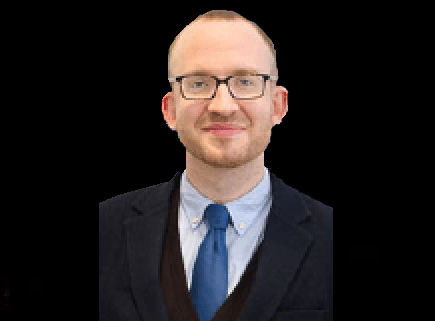