Britain’s manufacturers have ended the year at a standstill as the toll of ongoing political uncertainty and downturn in major global markets shows little sign of ending anytime soon.

Our latest survey of UK manufacturers shows that a quarter (25.7%) view increasing investment allowances as the main priority for the new Government, with a fifth believing cuts in corporation tax should be the priority. Manufacturers’ confidence in the economy has picked up slightly but this is likely to have been influenced, according to Make UK, by a ‘no deal’ cliff edge being avoided at the end of October. 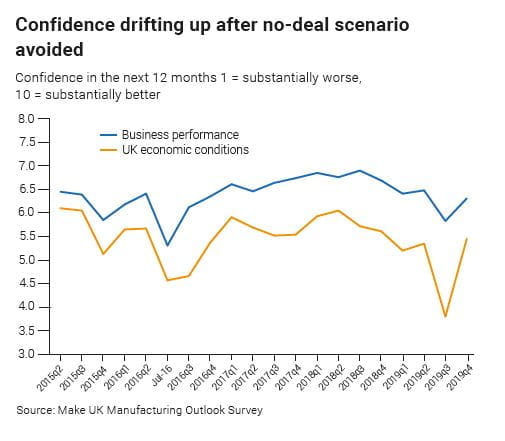 However, this respite is most probably temporary and only when the uncertainty over the direction of travel on Brexit has ended will manufacturers really turn on the taps of much needed investment to boost the UK’s productivity performance.