The Regional Manufacturing Outlook highlights manufacturers' contribution to economic regions of the UK in terms of output, jobs , investment, business confidence and their export performance over the last twelve months. As well as highlighting the central importance of manufacturing to the success of the economy overall, it highlights just how important the sector is to jobs and how some Regions are very dependent on the performance of some manufacturing sub sectors. 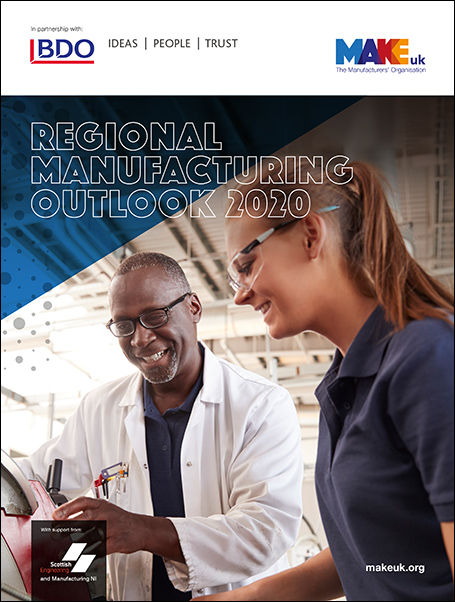 Over the last year industry has endured substantial volatility with two missed deadlines to leave the EU causing huge stockpiling and now with COVID having a significant impact on key sectors such as automotive and aerospace. Looking forward the report shows quite how exposed the so called ‘red wall’ areas of the country are on the EU market for exports, which means a trade deal that avoids barriers to trade is vital to the UK regions. 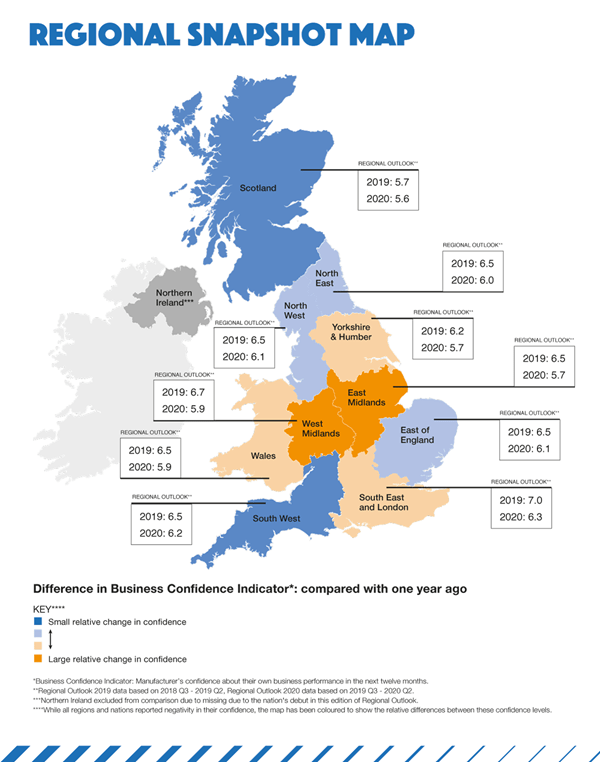 According to the analysis, Wales (almost two thirds), the North East and Yorkshire & Humber (both 60%) have a very high exposure to trade with the EU, so the risks of 'no deal' are likely to be felt disproportionately by these areas in particular. The East Midlands is also not too dissimilar with manufacturing accounting for almost a fifth of its economy and the EU being its biggest market accounting for just over half its exports.

Wales and the North East both already contain some of the most economically disadvantaged areas of the UK so a hard Brexit is likely to pose serious challenges for policymakers in these areas. 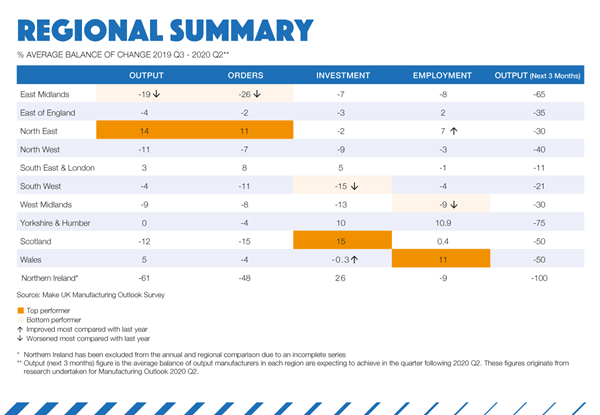