Following the sweeping result of the General Election and the UK’s imminent departure from the EU, the new decade has ushered in a period of seismic change in the political and business arena. As the UK begins negotiations on a future trading relationship with the EU and starts talks on other trade deals, what are the likely implications and potential opportunities for manufacturers in global markets? And what kind of economy should the new Government be aiming to create in a world facing major challenges such as climate change, the fourth industrial revolution and an ageing population?

One again Andrew Neil, one of the UK’s most respected business and political commentators, will open the Make UK National Manufacturing Conference this February in London and set out his insightful views on the year ahead and the possible implications for manufacturers at home and abroad.

Read more and book your place 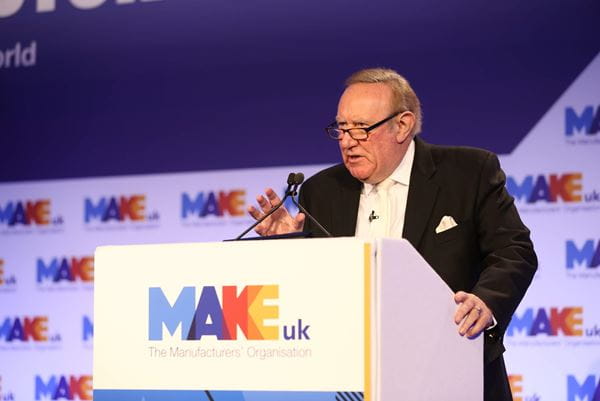