Make Venue’s central London based conference venue, Broadway House, has launched two more meeting rooms into its portfolio. The rooms, which will be predominantly used for meeting and training events, are a response to the solid growth of the venue’s business and the increasing demand for its space. The new extensions also represent a chance for the team at Broadway House to fulfil the continuing high levels of enquiries. 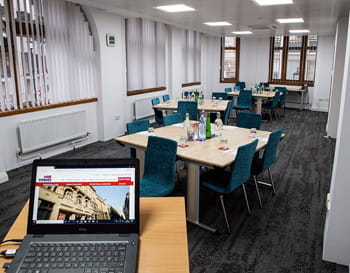 Each of the rooms follow the contemporary design theme that can be found throughout Broadway House, as well as the same level of hi-spec technology that organisers have come to rely on. This includes new Large Format Screens, in Ultra HD, which allows for more vivid presentations and promotional displays. Most importantly however, it gives the meeting venue’s existing customers more space and more options for their meetings in London.

Broadway House is based near to St James’s Park in Westminster, central London, and has become a well-used meeting venue for trainers and meeting planners looking for a central location, either working with government or other public sector organisations. The venue also carries with it Make Venue’s reputation for service quality, standards and care.