The Regulations make gender pay reporting mandatory for employers with 250 or more employees. Affected employers must report on the overall gender pay gap and the gender bonus gap within their organisation based on both mean and median pay, the proportions of male and female employees who received bonuses over a 12 month period and the distribution of male and female employees across quartile pay bands. The main gender pay gap calculations must be based on employees’ hourly rates of pay during the relevant pay period that includes the 5 April ‘snapshot date’, while bonus pay gap calculations must be based on bonuses paid in the 12 months leading up to that date (i.e. the period 6 April to 5 April).

The reporting obligation is an annual one so, while the first year’s reporting deadline has passed, in-scope employers will soon need to set their mind to next year’s reports.


What if you’ve failed to report?

The Equality and Human Rights Commission (EHRC) is the body charged with enforcement of the Regulations. Guidance on the EHRC’s website highlights that it “will first carry out an investigation to confirm whether you are breaching the regulations. If you are, we will seek a court order requiring you to remedy the breach. Failing to comply with the court order is an offence, punishable with an unlimited fine if you are convicted.”

This is a strong statement of intent on the part of the EHRC. However, its recently published enforcement policy document, ‘Closing the gap: enforcing the gender pay gap regulations’, indicates that the initial investigation will involve multiple steps, extending over a number of weeks, with various opportunities for a company to remedy its breach by publishing its gender pay report before an application for a court order could be made and a fine imposed.

Companies that have failed to meet the deadline therefore needn’t worry too much about the financial consequences of their breach. The more significant damage at this stage is likely to be reputational, as the EHRC’s online guidance also states that “details of any employer that we investigate will be made publicly available on our website.”

With that in mind, our recommendation for in-scope employers who have not yet reported is to work towards publishing their figures as soon as possible, and before the EHRC gets going with its investigations.

The first key task for such employers, if they have not done so already, is to register on the government reporting portal. Registration is a necessary precursor to publication, and a two-stage process: once an employer has entered its details on the portal, it will be sent an access code to complete its registration. The code is sent out by post, and can take several days to arrive, so an employer that is otherwise ready to publish could find itself facing an unwanted delay if it has neglected to register.

Employers who, for whatever reason, have not begun work on their figures, should be aware that the calculations, though simple on the face of it, can be more complex and time consuming than anticipated. This is a particular risk in the manufacturing and engineering sectors, where businesses commonly have multiple different pay elements, each of which must be analysed to determine whether or not it should be included.

And employers who are almost ready with their figures will still need to consider whether to prepare an accompanying explanatory narrative. While this will require careful consideration, we strongly recommend it as a means of putting the figures into context. It can also be a way of promoting any positive action an employer is taking to address the gender pay gap, and gender diversity more broadly, in its business.

So you’ve reported your gender pay gap figures. What now?

Employers who published their gender pay reports before the 4th April deadline now have some time to reflect and ask themselves some probing questions, such as:

We have detailed guidance in the Resources and Knowledge section of the EEF website on how to go about gender pay reporting. In addition, EEF can support you on a consultancy basis according to your needs. This can include training and advice on gender pay reporting and a variety of related topics, such as the difference between equal pay and the gender pay gap, communication style and strategy when publishing gender pay reports, targeted actions to improve gender diversity, etc.

For further information, please speak to your EEF adviser or email [email protected] 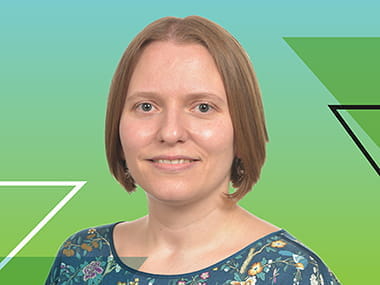