From apprentice to MD: How Alun Tribe jump started his career

Today, Alun Tribe is known for his hands-on approach to his job as MD of Cox Wokingham Plastics. He spends the first part of everyday out on the shop floor, chatting with his production manager, examining the production boards and getting a feel for the ‘tone’ of the company. Staff feel confident in coming to him with problems large and small, knowing he understands the realities of their work and that he can be trusted as ‘one of the team’.

This on-the-ground know-how comes from experience gained through his career in the engineering field. A career that has its foundations in an apprenticeship. For many successful manufacturing executives like Alun, an apprenticeship is a way to get a foot in the door and real-world experience in an in-demand field. Only 12 years after graduation, Alun has a strong career as an MD. 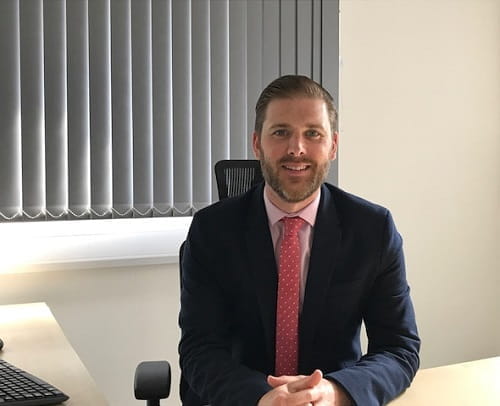 Alun’s interest in an apprenticeship came naturally as this was the route his father and grandfather both took to gain longstanding careers in engineering. By the time he finished school, he also was eager to get out of the standard academic environment of desk work to an active, real-world experience. He applied for many vacancies, but ended up in a toolmaking apprenticeship that allowed him to move around different departments to learn the ins and outs of maintenance, production engineering and drawing. As part of his off-site training, he also achieved his HNC, BTEC and ONC.

For Alun, his apprenticeship provided him with a better understanding of what he wanted to learn more about and specialise in. He went onto achieve a Bachelor of Engineering degree from the University of Reading.

Alun felt like he made the right decision in taking an apprenticeship first, compared to friends that had gone straight to university and ended up working in offices. He says, “It’s quite satisfying to be able to be able to point to a car and say to you mates – ‘I made part of that.’ That’s one of the things I like about working in engineering – you can see what you work on in the real world.

“I also think my apprenticeship helped me learn how to deal with people, particularly older people, in the workplace. You just don’t get that experience if you do A-levels then university.”

After graduation, Alun worked in a variety of roles, ranging from an engineer in the defence industry to plant manager and eventually managing director at SMR Automotive. His experience starting as an apprentice, gaining experience across a manufacturing company proved invaluable.

“I think my apprenticeship helped me learn how to deal with people in the workplace. You just don’t get that experience if you do A-levels then university.”

He says, “If you’ve only had one function at a company, you don’t have the same understanding of where the genuine problems are. It’s easier for people to pull the wool over your eyes, because you don’t have those key skills to discern where something isn’t working. If you work your way up from the bottom, people on the shop floor can trust the conversations you’re having with them, because you understand their challenges.

Now in his current role for nearly one year, Alun has worked to help turn the company around by applying what he’s learned in technical and commercial roles throughout his career.

“I would absolutely recommend an apprenticeship, depending on the person and how they like to learn. If you’re clearly good at hands-on and making things, it’s definitely a good way to go,” Alun says. “It’s great because you get to be creative as well as have a clear structure and sense of responsibility as a young person. You learn how to deal with people, which is so different from school and such an eye opener. An apprenticeship teaches you to look after yourself and have pride in your work.”