The Government has announced that a new law will be brought in today (30 July) to ensure that furloughed employees who are subsequently dismissed will receive statutory redundancy pay and statutory notice pay based on their normal wages, rather than on the reduced rate of pay payable under the Coronavirus Job Retention Scheme (the Scheme).

The Government has also published guidance on HMRC’s powers to impose penalties on employers who have claimed sums under the Scheme to which they are not entitled and have failed to repay these or notify HMRC of the overclaim. We examine what these changes mean for employers.

The calculation of statutory redundancy pay and notice pay is linked to the statutory provisions in the Employment Rights Act (ERA) that deal with a week’s pay. The reason that the Government is making changes in this area is that the operation of the ERA provisions can result in the redundancy pay and notice pay of some furloughed employees (shift workers on flexible furlough and workers with no normal working hours on full or flexible furlough) being based on less than their normal pay – unless the employer is topping up their furlough pay to their normal rate. In addition, an unusual provision in the ERA has meant that any employee whose contractual notice period is at least a week more than the statutory minimum notice period will be only be entitled to notice pay in accordance with their furlough terms.

In order to avoid such employees being, in the Government’s words, “short-changed”, new legislation is being brought in today, 30 July, which will have the following effects:

Another change being introduced by the new legislation is that basic awards for unfair dismissal claims brought by employees who have been furloughed will also be based on normal pay rather than wages under the Scheme. (By way of reminder, an employee who is unfairly dismissed is entitled to a basic award which is calculated in the same way as a statutory redundancy payment, as well as a compensatory award which is intended to put the claimant in the position they would have been in financially, had they not been unfairly dismissed, subject to a cap of £88,519 or one year’s pay, whichever is lower).

What should you do next?

If you are part way through a redundancy exercise, you will now need to go back and recalculate employees’ entitlements and inform any affected employees and, for collective consultation, their representatives, of any change in position. (However, such a step will not be necessary if you have chosen to base the calculation of notice pay and redundancy pay on normal pay for all employees, regardless of the operation of the standard ERA provisions.)

At the time of writing, the legislation introducing these changes had not yet been published, though we expect it to be available later in the day. We therefore suggest you wait until the exact wording of the legislation is available before finalising calculations.

Please check our FAQs on ‘Furlough under the Revised Coronavirus Job Retention Scheme’, which we will update once the legislation is available. We anticipate that the legislation will include additional details such as any transitional provisions and the impact on employees on short-time working as opposed to furlough.

On 28 July, the Government published new guidance explaining HMRC’s powers under the Finance Act 2020 to recover overclaimed grant amounts through the tax system and to penalise employers who have claimed too much under the Scheme and failed to repay or notify HMRC of the overclaim.

Under the Finance Act provisions, if you have overclaimed a grant under the Scheme and have not repaid it, you must notify HMRC of the overclaim by the latest of:

If you fail to notify HMRC within the applicable timeframe, in addition to repaying the overclaimed amount via the tax system, you may have to pay a penalty. When determining the amount of any penalty, HMRC will take account of whether you knew you were not entitled to the grant. If you knew you were not entitled to your grant when you received it or knew when you had stopped being entitled to it because of a change of circumstances and didn’t tell HMRC in the notification period then your failure to notify will be treated as deliberate and concealed. This means that you could be charged a penalty of up to 100% on the amount of the grant that you were not entitled to receive or keep and had not repaid by the last day of the notification period.

As we have highlighted in our FAQs on ‘Furlough under the Revised Coronavirus Job Retention Scheme’, there are areas of ambiguity in the Government guidance on what you can claim for under the Scheme. Some employers may therefore be concerned that they might innocently have overclaimed based on an erroneous but good faith interpretation of the guidance. It is thus reassuring to note that HRMC has stated that its priority is to address deliberate non-compliance and criminal attacks, and that it will not actively be looking for innocent errors as part of its compliance approach. HMRC has also confirmed that it will not charge a penalty if an employer did not know it had been overpaid a grant at the time the employer received it, or at the time that circumstances changed meaning that the employer stopped being entitled to it and if the employer has repaid it within the relevant time period.

If you have made a mistake which means you have claimed less than you are entitled to under the Scheme, you will need to contact HMRC to amend your claim and your increased claim will be subject to additional checks. It is important to note that, after 31 July, you will no longer be able to amend a claim relating to the period up to 30 June to add an employee that should have been included on a claim submitted before that date. However, amendments for other errors you may have made that resulted in you not claiming enough in a claim relating to the period up to 30 June will still be permitted after 31 July.

We are holding a two hour live webinar, Redundancies in the Context of Covid-19, on Wednesday 5 August, which will cover the new redundancy and notice pay calculations, as well as exploring typical steps in a redundancy process and how the process may be affected by the pandemic and tackling the various pitfalls and legal risks that can arise. Book your place here.

In addition, our experienced HR and legal consultancy experts can give you the confidence to plan and project manage a redundancy process effectively, saving you time and money. Click here to see the various ways in which Make UK can help you if you are considering redundancy, including training your managers and representatives on their role.

If you would like further support on redundancy or other issues arising from furlough, quarantine or Covid-19, and you are a Make UK member, please contact your adviser. Alternatively, non-members are welcome to call us on 0808 168 5874, or email [email protected].

The Coronavirus FAQs  on our website are also updated regularly and provide detailed guidance on furlough, holidays, shutdowns and other issues in relation to Covid-19.

How we can help you and your business

To find out how our experienced HR & legal team can help, on a project basis or through our packages of unlimited support 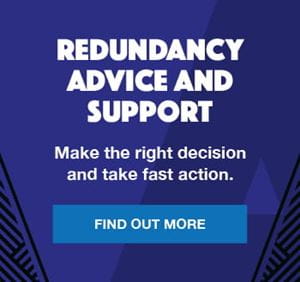 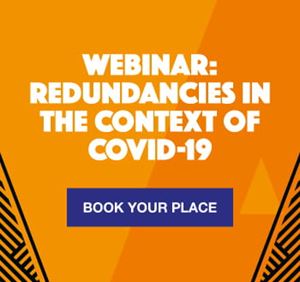