What you need to know about the implementation period

Registrations, approvals, authorisations and classifications in place before March 2019 will continue to be valid during the implementation period in the same way they are now. The process for registering new chemicals under REACH will remain the same as it is now i.e. registering it with ECHA. During the implementation period, the UK will recognise all new registrations, approvals, authorisations and classifications granted by the EU. During the implementation period, the Government expects that HSE will not be able to act as a ‘leading authority’ to conduct certain assessments under the Plant Protection Products, Biocides and REACH regulations. To minimise disruption to businesses, any ‘leading authority’ assessments that HSE is conducting and are not completed by the time the UK leaves the EU in March 2019 will be handed over to another “lead authority” in the EU. The Government will work with affected businesses to minimise disruption and delay to their ongoing assessments.

UK still member of the EU

While the UK is still a member of the EU, and during the implementation period, the REACH obligations for UK companies to meet the 31st May 2018 deadline for chemicals produced between 1 and a 100 tonnes per year remain. On exit, the requirements of REACH will be transposed into UK legislation through the European Union (Withdrawal) Bill, and the Government recommends that UK companies continue to comply with this deadline. REACH is an EU single market measure, and any company wishing to place chemicals on the EU market will have to comply with REACH.

When the implementation period ends/Future Partnership with EU

The Prime Minister’s Mansion House speech on 2 March 2018 set out her ambition for a “bold and comprehensive economic partnership with the EU”.  On goods, including chemicals, a fundamental principle is that trade at the UK-EU border should be as frictionless as possible. The Government will explore the terms on which the UK could remain part of the European Chemicals Agency. This is the only way to meet its’ objective of ensuring these products only need to undergo one series of approvals to access both UK and EU markets.

As part of negotiations Government will make a commitment to ensure that relevant UK regulatory standards remain as high as the EU’s which, in practice, means that UK and EU regulatory standards will remain “substantially similar” in the future. The Government’s default is that UK law may not necessarily be identical to EU law but should achieve the same outcomes.

Exploratory discussions on the framework for the future relationship have begun, in line with the provisions of Article 50. Before formal negotiations can begin, the European Council must pass new guidelines. We expect these at the March Council. In regard to existing registrations and authorisations that UK businesses hold, the UK has set out its objective for these to remain valid in both the UK and EU markets after the implementation period.

The Government says it “fully recognises the economic importance of the chemicals sector to the UK economy” and in contributing to other industries, such as automotive, aerospace, food, agriculture and healthcare. It recognises the complexity of the supply chains in the industry and the investment which industry has already made in to complying with existing registration such as REACH.

If you have any queries or questions about this, please contact Sam Pentony or Roz Bulleid in the first instance. 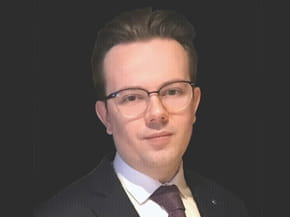