The value of apprenticeships: A parent’s perspective

Many parents feel that college or university is the only path to a strong career for their children. The result has been increasing student debt and a glut of graduates with not enough jobs for their qualifications. With apprenticeships being one of the top ways into careers in engineering and manufacturing (a sector desperately recruiting and investing in fresh talent), many parents gain a new perspective on apprentice training after visiting the EEF Technical Training Campus in Aston.

We recently conducted a Q&A about engineering apprenticeships from a parent’s perspective with Jeff Norrie, father of Matt, an apprentice engineer currently training at the EEF Technology Hub and working for Precision Micro.

Did you know much about apprenticeships before your son decided on one?

I completed a four-year apprenticeship (electrician) with a large company starting in 1979. There were many similar schemes at the time, but these had virtually disappeared in the very early 80s. Many years later, modern apprenticeships were invented, but they were generally shorter terms and sub-standard. Things seem to have changed in recent years, though. Two years ago we took on a couple of apprentices in the Medical Engineering Department at Good Hope Hospital, where I work as a Medical Engineering Chief Technician. I was really pleasantly surprised, shocked actually at the high standard of the training the apprentices received during their four-year term. Since then, my son and I attended an Open Day at EEF, and I can honestly say I was massively impressed with the facility.

How did you and your son first hear about apprenticeships?

Matt expressed an interest in engineering a couple of years ago. He had heard about apprenticeships through school and friends. He was interested in working on bicycles and appeared to be very good with his hands, quite capable of restringing his guitar. He knew he did not want to go to 6th form.

I went with him to a few Open Days at various places, including apprenticeship fairs and training facilities. Some were really excellent, while others were disappointing. It showed us the importance of visiting the place where you’ll be training to make sure it’s a modern facility with good quality apprenticeships on offer.

How do you think some parents view apprenticeships versus university?

Many parents see university as the only way people can achieve a good standard of living. Apprenticeships may be seen as substandard.

How has training and work been for your son so far in his apprenticeship?

It’s very early days, but incredibly good so far. His employer, Precision Micro, has been excellent.

We are impressed with the structured process he has followed. He undertook a small project that allowed him to gain knowledge of the manufacturing process. He was asked to give a short presentation describing what he had learnt. His colleagues and even members of the management team attended, this really shows commitment to the staff.

Matt had met his direct colleagues at the interview stage. When a second apprentice was being recruited last week, Matt was given the opportunity to meet and show the candidates around the facility. He feels valued and part of a great team. He tells us how friendly everybody is around the works, he really has been made to feel very welcome.

Matt has been given a clear line of communication and clarity on how he will remain engaged with the company whilst he learns new skills at the training centre. He received his first pay packet, all correct with a pay sheet in the post complete with a very good newsletter. What an excellent way to start your working life!

Although he has only been at EEF for a couple of weeks, he started working on CAD (Computer Aided Design), which he loves. He’s been coming home each night, tired but buzzing with excitement. He’s definitely enjoying the experience so far.

The EEF Technology Hub in Aston

Would you recommend apprenticeships to other parents and young people?

Absolutely. If the apprentice works hard and shows aptitude there may be the chance their employer will put them through a degree course. Sixth form and university may leave many young people with huge debts: a good qualification, but no experience. Earnings over the next 20 years may not be as good as those who took the apprentice route when all facts are considered. There are a wide variety of learning styles and careers to choose from. At last, there are routes into engineering that inspire young people.

If you’re a parent, career adviser or young person interested in apprenticeships, get in touch to schedule a visit or to find out about an upcoming Open Days. 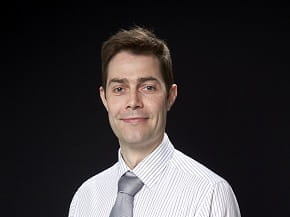