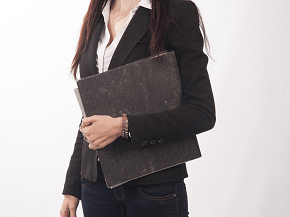 Making the step up from being part of a team to leading is often thrilling. After all, who hasn’t envisaged what they would do if they were in charge? But, actually making the transition and engaging colleagues is a challenge. In this article, we look at the 5 key challenges that new team leaders face.

Whether you have worked hard and moved up your organisations hierarchy or have joined a new company with new leadership responsibilities, the challenges a new team leader faces are often the same.

Knowing when to be firm and when to be a friend, or the style of leadership a team requires comes from understanding, a light touch and good feedback from peers.  Making the transition a success requires support and guidance so it’s important that everyone, from team leaders to managers and Directors understands the challenges that a new team leader faces.

Finding the right distance or ‘invisible gap’ that the team leader should maintain between them and the team is a difficult one early on in the relationship. Too close and it becomes harder to be objective and firm with the team when it’s needed. Too distant and it becomes very difficult to develop a strong sense of ‘team cohesiveness’ resulting in a loss of engagement with the individual team members.

Want to get ready for a new role as a team leader or know someone in your organisation set to undergo that transition? Consider this New team leader training.

Having clarity on not only your responsibilities but also what the boundaries of your role are is crucial to developing confidence in decision-making.  In a world of increasing legislation around employment practices this is often at the root of many difficult situations team leaders find themselves facing. Become familiar with those organisational procedures and policies which directly affect how you do your job.

Its’ true there’s no substitute for experience but bad experience can be both damaging to confidence and also to longer term career progression. Formal learning through a structured training programme will give the team leaders the core knowledge and lots of tools and techniques to enable them to perform at a higher level much quicker than an unstructured approach. If you practice doing something badly for long enough you can become very good at doing something badly.

Leadership at any level is hugely influenced by the individual person and their own preferred way of doing things. Try to do things in a way which doesn’t contradict your own personal values, whilst still being open to do things in a different way. Remember that the strengths you demonstrated to get the team leader role are highly valued by the organisation. But be wary – sometimes these initial strengths can become our weaknesses in the new role which demands different skills to the previous role.

5 - Map out a personal development plan

Self-awareness is the most important element of team leaders developing good emotional intelligence. Identifying early on what areas you may need to focus on for future development will be fundamental to realising your full potential and becoming an effective team leader. Ideally this should be developed and coordinated through your formal performance review process. Identifying a strong ‘role model’ within your organisation so that they can support you in your development can be extremely helpful. But be careful not to try to just ‘copy’ your role model – you are your own person and the idea is to use the skills that they do really well and build that into your tool kit.

Knowing the challenges and actually being able to meet and overcome them can be very different things.  EEF Training have developed The new team leader training course to educate and inform people how are new to the leader/supervisor role and have not received any formal training.  This 2 day course covers all of the elements that go in to making a good team leader and the challenges they face.  It’s also a great refresher for people who’ve been in post for a while but want to update their skills.

If you've enjoyed reading about the 5 key challenges for new team leaders then don’t miss our free webinar “The guide to success as a new team leader”. Discover the key skills, best practices and techniques that allow team leaders to be effective in their role.